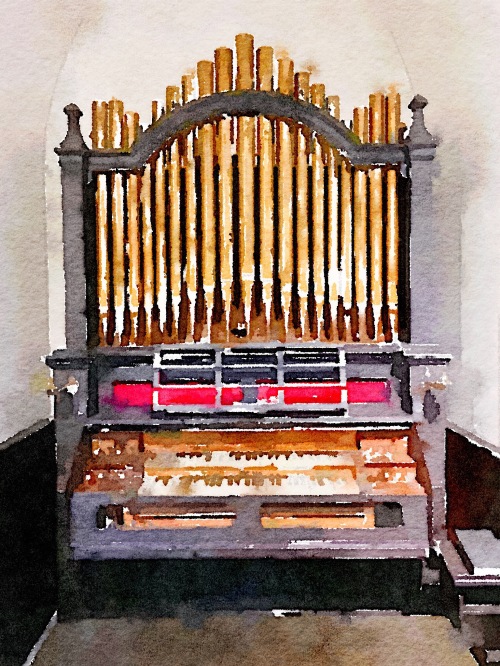 I had a summer job in a church a long time ago where the pastor had apparently been burned by bad improvisers. “I don’t care what you play,” he said, “but you have to have music in front of you.” I knew he didn’t quite mean that; he would most assuredly have been unhappy with “I Can’t Get No Satisfaction” as an offertory. I agreed to do as he wished, though I thought it was a pretty ridiculous restriction. One day, feeling a little cranky about it, I finished the communion hymn and saw that there were still people processing to the altar. I turned the book upside down and, reading the music as if it had been intended that way, slowly and carefully played the same hymn upside down and backwards. 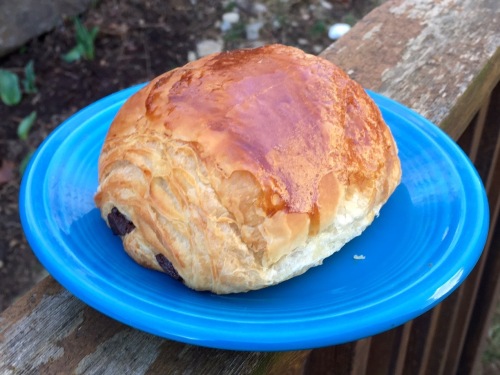 She came into the kitchen this morning and found a Mason jar of soup, containers of grapes and pretzels, a hard-boiled egg, and her travel mug filled with tea. “Wow, this looks amazing!” she said. “And you don’t know the half of it,” I replied. I gestured to a baking rack on which four chocolate croissants were cooling.

“Well, when a guy can’t sleep he has to do something…”

Then I fessed up. I’d slept pretty well. I woke up once, checked on the cat, and wondered if it was time to put the croissants in the oven. The cat was fine; at 4:00 AM, it wasn’t baking time, so I went back to sleep.

“But you baked them.”

Yes. While I was baking cornbread to go with last night’s chili, I opened a package I’d bought at a national market and set some frozen croissants out to rise overnight. I set the oven to start pre-heating 20 minutes before I came downstairs. The croissants looked awful last night: pasty white folds of frozen dough, like sloppily folded comforters for a dollhouse.  Overnight they’d risen beautifully. I brushed them with a little egg-wash, and baked them while I finished breakfast-and-lunch prep and she got ready for work. It was astonishingly simple.

Out of the oven, they looked exactly like I’d hoped they would: beautiful golden brown pain au chocolat. When it was cool enough to handle, I put one in a paper-towel-padded container and asked her to leave the lid off until just getting on the train. (Personally, I wouldn’t have had the willpower to refrain from eating it on the way, but she’s very disciplined. Also, she hates getting crumbs on her clothes.)

One chocolate piece had fallen out of a croissant on the parchment that lined the baking sheet. I tasted it. “Hm. Sweeter than I remember, but still good.”

My memory was of the pain au chocolat I’d had on my trip to France. The chocolate inside the croissants there was fabulously bittersweet. This chip was better than Hershey’s, but that’s not saying much. The ones she’d had on a trip to London probably weren’t authentically French either, but she said these looked just as good. 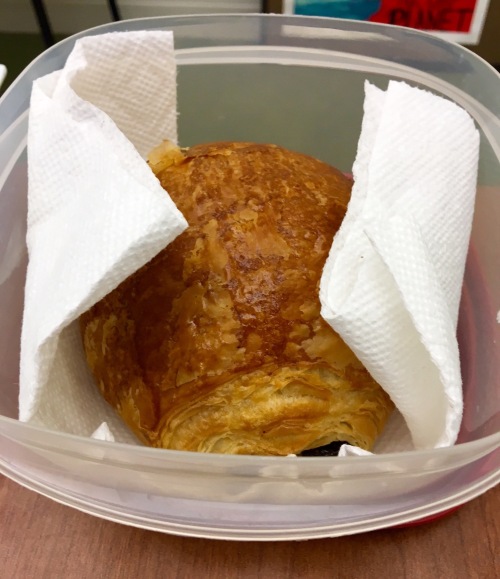 Croissant, safely arrived at the office.

There was respectful silence after I finished the hymn-in-retrograde-inversion. The priest stood for the post-communion prayer, looked up to the choir loft, and called my name.

I am so busted, I thought.

“Well…it was an arrangement.” I said meekly.

He loosed a contented sigh and smiled at the congregation as if his summer-substitute organist was the grand-nephew of Olivier Messiaen. “Just like Paris, France.”

My croissant was assez bon. The chocolate was sweeter than I’d like, but the pastry was flaky and light-as-air. It wasn’t as good as if I strolled to the patisserie on the corner, but we didn’t have to take a transatlantic flight. Even Messiaen’s nephew couldn’t argue with that. 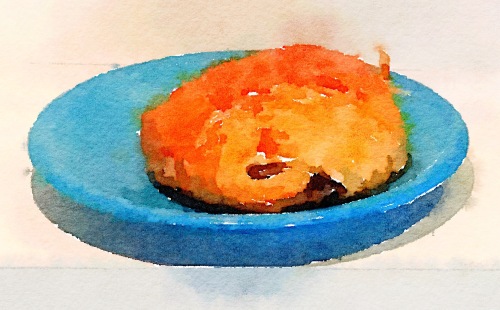 This entry was posted in Uncategorized and tagged Baking, Breakfast, Church, Music, Travel. Bookmark the permalink.