The Adventures of Cherry Pandowdy

It is beautiful here, there’s no question. But many of us are away from home, and though we are thankful for the miracles of WiFi and cell service that keep us in touch with loved ones, we still need to take care of each other. A theatre company very quickly becomes a sort of family. And thus is was that, on a Thursday that started beautiful and sunny but seemed to threaten something much colder and wetter, while I worked in my temporary home this morning, I used the cast-iron skillet I brought from home and baked a batch of brownies to take to rehearsal. I used a boxed mix, but dressed it up a little with some cinnamon, some chopped nuts, and a sprinkle of salt on top.

There’s a character in our musical who courts a young sailor primarily by sending him gifts of baked goods—a walnut cake, gingerbread, cherry pandowdy. One of the actors and I joked that “Cherry Pandowdy” seemed like a great character name for a drag performer. So I left the plate of brownies on the break table along with a note from Cherry Pandowdy. (The note was in the form of parody lyrics to the tune of one of our show’s songs, because if you are a writer who bakes, that is what you do. Or at least what I do.)

The brownies came out of the pan sort of messily. The actors seemed not to mind. Next time I’m at the market, I’ll buy some parchment paper to aid in removing baked goods from the pan.

It took longer for the cast to figure out who the baker was than to devour the brownies. Clearly I did the right thing. It’s been a long rehearsal week, and it’s not over yet. We all needed the treat. 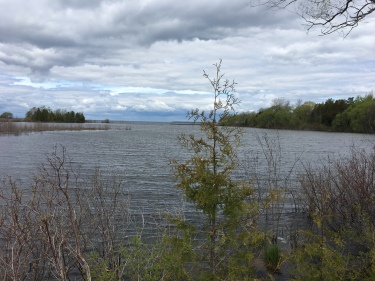 It turned out not to rain after all, but that’s okay. We take care of each other.

This entry was posted in Uncategorized and tagged Baking, Dessert, Family, Friends, Travel. Bookmark the permalink.